A thermal camera detects this radiation, records its varying intensity, and processes the results through software. According to FLIR “Infrared thermography is the art of transforming an infrared image into a radiometric one, which allows temperature values to be read from the image”.

Most people are familiar with pixels in a digital image. The more pixels, the higher the quality of the final image. For thermal cameras, each pixel is best understood as a single thermometer. A thermal camera with a resolution of 320 x 240px can therefore record 76,800 temperatures (one per pixel). A thermal image could prosaically be described as a cleverly coloured spreadsheet of data illustrating the distribution of surface temperatures in a scene. 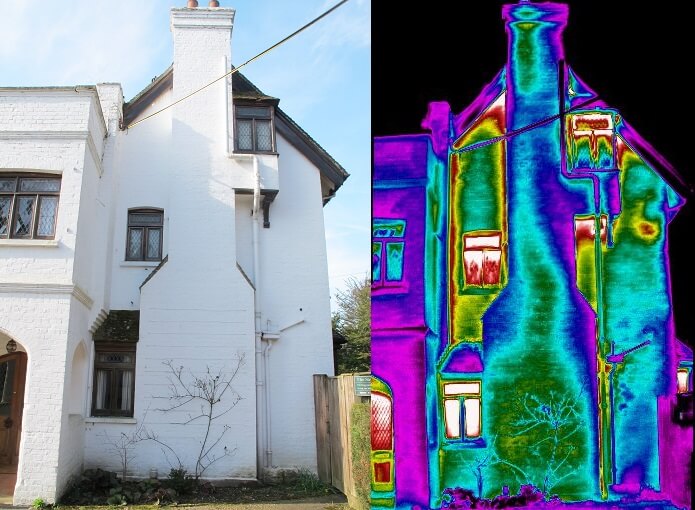 What is The Use of Thermal Imaging Surveys?

Thermal images reveal few of their secrets (such as air leakage) straight from the camera: they need to be processed through desktop software and analysed by an ABBE-qualified building thermographer. A thermogram not only allows us to see heat, but it also gives us 76,800 bits of data which we can be further analysed (if we use the example resolution above). In this way thermographers can get at the figures behind the image, run scripts and mathematically analyse inspection results.

The technology is exciting; however, to create a credible survey it is not enough simply to be comfortable with the tech. A building survey should be carried out by a practitioner who understands both the physics behind the thermal patterns he sees and the construction of the buildings he inspects.

Book a Thermal Imaging Survey From £485 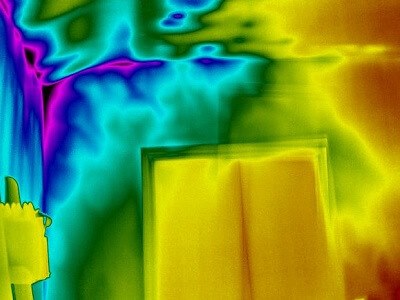 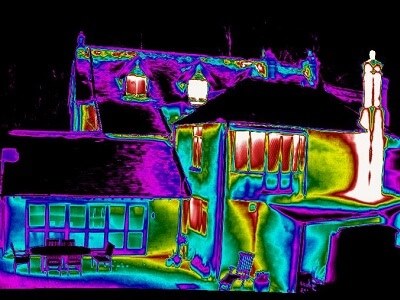 Want to Find Out More?

Thermal images are familiar to most people. Blue is cold and red is hot, right? However, there is far more to thermography than that. A thermal image is a temperature painting, rendered from of tens of thousands of individual temperature readings. This data can be analysed in sophisticated ways.

Get in Touch Today

This website uses cookies to improve your experience while you navigate through the website. Out of these cookies, the cookies that are categorized as necessary are stored on your browser as they are essential for the working of basic functionalities of the website. We also use third-party cookies that help us analyze and understand how you use this website. These cookies will be stored in your browser only with your consent. You also have the option to opt-out of these cookies. But opting out of some of these cookies may have an effect on your browsing experience.
Necessary Always Enabled
Necessary cookies are absolutely essential for the website to function properly. This category only includes cookies that ensures basic functionalities and security features of the website. These cookies do not store any personal information.
Non-necessary
Any cookies that may not be particularly necessary for the website to function and is used specifically to collect user personal data via analytics, ads, other embedded contents are termed as non-necessary cookies. It is mandatory to procure user consent prior to running these cookies on your website.
SAVE & ACCEPT